This model is used only in the case of English-to-Indic decoding to transliterate the English character sequence generated by the CTC Gesture Path Decoder into the Indic language. The sequence is passed to a unidirectional GRU encoder to generate encoded representations corresponding to each character. A GRU decoder predicts the Indic characters corresponding to the transliterated word. At any time during decoding, the decoder uses its last hidden state and all the encoded vectors through Bahdanau attention to generate the next character as seen in the Figure. This module is trained on the character sequences generated by the CTC Gesture Path Decoder. We perform Beam Search Decoding on the GRU outputs to obtain the top 3 sequence predictions. A sample heatmap of attention weights generated by this module is shown in the Figure. 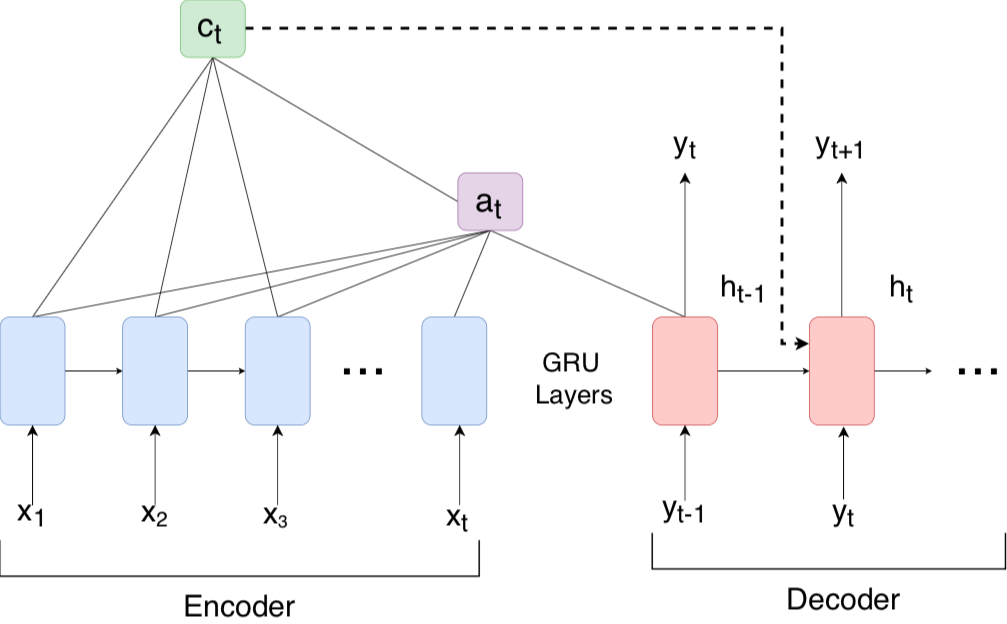 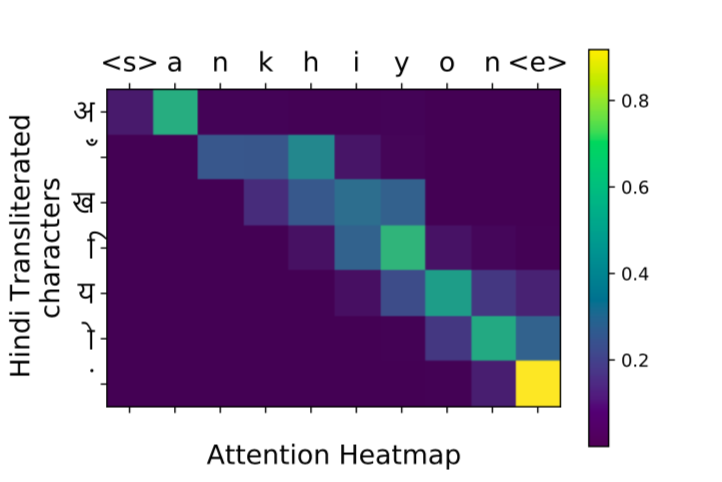